Taoism (modernly: Daoism) is a philosophical and religious tradition that emphasizes living in harmony with the Tao (modernly romanized as "Dao"). The term Tao means "way", "path" or "principle", and can also be found in Chinese philosophies and religions other than Taoism. In Taoism, however, Tao denotes something that is both the source and the driving force behind everything that exists. It is ultimately ineffable: "The Tao that can be told is not the eternal Tao."

Taoist propriety and ethics may vary depending on the particular school, but in general tends to emphasize wu-wei (action through non-action), "naturalness", simplicity, spontaneity, and the Three Treasures: compassion, moderation, and humility.

Taoism has had profound influence on Chinese culture in the course of the centuries, and clerics of institutionalised Taoism usually take care to note distinction between their ritual tradition and the customs and practices found in Chinese folk religion as these distinctions sometimes appear blurred. Chinese alchemy (especially neidan), Chinese astrology, Zen Buddhism, several martial arts, Traditional Chinese medicine, feng shui, and many styles of qigong have been intertwined with Taoism throughout history. Beyond China, Taoism also had influence on surrounding societies in Asia.

After Laozi and Zhuangzi the literature of Taoism grew steadily and used to be compiled in form of a canon – the Daozang, which was at times published at the behest of the emperor. Throughout Chinese history, Taoism was several times nominated as state religion. After the 17th century, however, it fell much from favor. Like all other religious activity, Taoism was suppressed in the first decades of the People's Republic of China (and even persecuted during the Cultural Revolution), but continued to be practised in Taiwan. Today, it is one of five religions recognized in the PRC, and although it does not travel readily from its Asian roots, claims adherents in a number of societies. 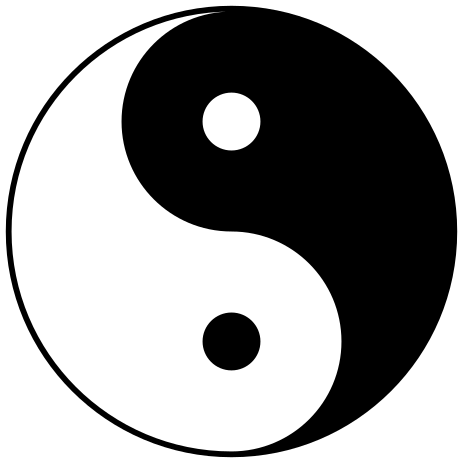 In the 19th and 20th centuries, during the course of various persecutions, most Taoist temples and monasteries were destroyed or converted to schools, hospitals, or government offices, but there has been a revival of Taoism in China in recent decades.   In 1956, the Chinese Taoist Association was formed, and received official approval in 1957. It was disbanded during the Cultural Revolution under Mao, but reestablished in 1980. Taoism has no centralized authority and different sects have different headquarters. However, the White Cloud Temple in Beijing is a key center for training for priests and for administration.  There are currently 20,000,000 practicing Taoists with the majority in China.  However, the West has started to follow this religion.  Alex Anatole, born in Moscow, Russia, has been ordained as a Taoist priest.  After building several underground Taoist temples in Russia, he has fled to the United States .  He has built the Center of Center of Traditional Taoist Studies and its Temple of Original Simplicity, recognized as one of the few authentic Taoist temples outside China.

Currently non-lay people visit the temples to pray for good fortune, to mark the changing of the seasons, and to conduct rituals for the departed.  Daily involvement with Taoism on the part of the congregation is not ritualized in any particular way. In immigrant communities, Taoism has been merged with other religions, and has integrated many popular practices, and this was also the case on the mainland. Studies of Taoist practices have, for the most part, focused on the Taoshi, rather than lay practitioners.

There is one area in which the Taoshi are still actively engaged with the laity. The Taoshi who live at home serve as consultants to those members of the community who have personal problems or illness. Each Taoshi has an "office" where the household altar is kept, along with statues or paintings of deities and important figures in Taoist history. Toashi’s utilize talisman’s for healing and deliverance.  They also will sometimes use herbal medicines, acupuncture or astrological or fengshui readings as a ritual cure.