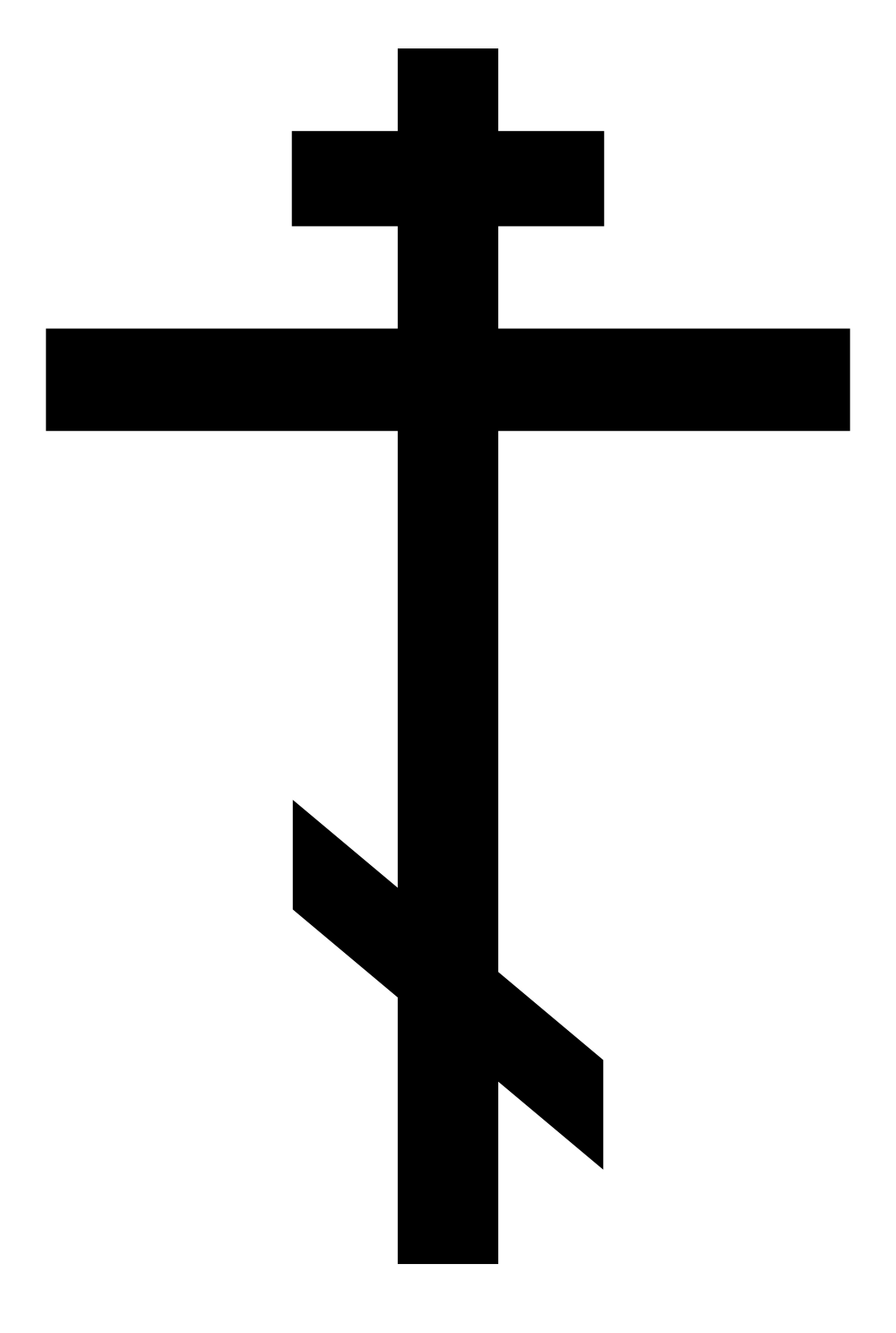 The word "orthodox" means "right believing" and was adopted to signify the true religion that faithfully followed the beliefs and practices defined by the first seven ecumenical councils (dating back to the first ten centuries). Eastern Orthodoxy claims to have fully preserved, without any deviation, the traditions, and doctrines of the early Christian church established by the apostles. Adherents believe themselves to be the only true and "right believing" Christian faith.

In the Eastern Orthodox Church the terms "mystery" or "the mysteries" refer to the process of theosis. While it is understood that God theoretically can do anything instantly and invisibly, it is also understood that he generally chooses to use material substance as a medium in order to reach people. The limitations are those of mankind, not God. Matter is not considered to be evil by the Eastern Orthodox. Water, oil, bread, wine, etc., all are means by which God reaches out to allow people to draw closer to him. How this process works is a "mystery" and cannot be defined in human terms. These mysteries are surrounded by prayer and symbolism so that their true meaning will not be forgotten.

Those things which in the West are often termed sacraments or sacramentals are known among the Eastern Orthodox as the "sacred mysteries". While the Roman Catholic Church numbers seven sacraments, and many Protestant groups list two (baptism and the Eucharist) or even none, the Eastern Orthodox do not limit the number. However, for the sake of convenience, catechisms will often speak of the seven great mysteries. Among these are Holy Communion (the most direct connection), baptism, Chrismation, confession, unction, matrimony, and ordination. But the term also properly applies to other sacred actions such as monastic tonsure or the blessing of holy water, and involves fasting, almsgiving, or an act as simple as lighting a candle, burning incense, praying or asking God's blessing on food.

Baptism is the mystery which transforms the old and sinful person into a new and pure one; the old life, the sins, any mistakes made are gone and a clean slate is given. Through baptism a person is united to the Body of Christ by becoming a member of the Orthodox Church. During the service, water is blessed. The catechumen is fully immersed in the water three times in the name of the Trinity. This is considered to be a death of the "old man" by participation in the crucifixion and burial of Christ, and a rebirth into new life in Christ by participation in his resurrection. Properly a new name is given, which becomes the person's name.

Children of Orthodox families are normally baptised shortly after birth. Converts to Orthodoxy are usually formally baptised into the Orthodox Church, though exceptions are sometimes made. Those who have left Orthodoxy and adopted a new religion, if they return to their Orthodox roots, are usually received back into the church through the mystery of Chrismation.

Properly, the mystery of baptism is administered by bishops and priests; however, in emergencies any Orthodox Christian can baptize. The service of baptism used in Orthodox churches has remained largely unchanged for over 1500 years.

Chrismation (sometimes called confirmation) is the mystery by which a baptised person is granted the gift of the Holy Spirit through anointing with Holy Chrism.  It is normally given immediately after baptism as part of the same service, but is also used to receive lapsed members of the Orthodox Church. As baptism is a person's participation in the death and resurrection of Christ, so Chrismation is a person's participation in the coming of the Holy Spirit at Pentecost.

A baptised and chrismated Orthodox Christian is a full member of the church and may receive the Eucharist regardless of age.

The creation of Chrism may be accomplished by any bishop at any time, but usually is done only once a year, often when a synod of bishops convenes for its annual meeting. (Some autocephalous churches get their chrism from others.) Anointing with it substitutes for the laying-on of hands described in the New Testament, even when an instrument such as a brush is used.

The Eucharist is at the center of Orthodox Christianity. In practice, it is the partaking of the body and blood of Jesus Christ in the midst of the Divine Liturgy with the rest of the church. The bread and wine are believed to become the genuine body and blood of the Christ Jesus through the operation of the Holy Spirit. The Orthodox Church has never described exactly how this occurs, or gone into the detail that the Catholic Church has in the West.

Communion is given only to baptised and chrismated Orthodox Christians who have prepared by fasting, prayer and confession. The priest will administer the gifts with a spoon, called a "cochlear", directly into the recipient's mouth from the chalice. From baptism young infants and children are carried to the chalice to receive holy communion.

Because of the Orthodox understanding of mankind's fallen nature in general those who wish to commune prepare themselves in a way that reflects mankind in paradise. First, they prepare by having their confession heard and the prayer of repentance read over them by a priest. They will increase their prayer rule, adding the prescribed prayers in preparation for communing. Finally, they will fast completely from food and drink from the evening of the previous day (usually sunset on Saturday if communing on Sunday).

Orthodox Christians who have committed sins but repent of them, and who wish to reconcile themselves to God and renew the purity of their original baptisms, confess their sins to God before a spiritual guide who offers advice and direction to assist the individual in overcoming their sin. Parish priests commonly function as spiritual guides, but such guides can be any person, male or female (not commonly a layman but in these cases monks or nuns), who has been given a blessing to hear confessions. Spiritual guides are chosen very carefully as this is a mandate that once chosen must be obeyed. Having confessed, the penitent then has his or her parish priest read the prayer of absolution over them.

Sin is not viewed by the Orthodox as a stain on the soul that needs to be wiped out, or a legal transgression that must be set right by a punitive sentence, but rather as a mistake made by the individual with the opportunity for spiritual growth and development. An act of penance (epitemia), if the spiritual guide requires it, is never formulaic, but rather is directed toward the individual and their particular problem, as a means of establishing a deeper understanding of the mistake made, and how to effect its cure. Because full participatory membership is granted to infants, it is not unusual for even small children to confess; though the scope of their culpability is far less than an older child, still their opportunity for spiritual growth remains the same.

From the Orthodox perspective, marriage is one of the holy mysteries or sacraments. As well as in many other Christian traditions, for example in Catholicism, it serves to unite a woman and a man in eternal union and love before God, with the purpose of following Christ and his Gospel and raising up a faithful, holy family through their holy union. The church understands marriage to be the union of one man and one woman, and certain Orthodox leaders have spoken out strongly in opposition to the civil institution of same-sex marriage.

Jesus said that "when they rise from the dead, they neither marry nor are given in marriage, but are like angels in heaven" (Mk 12:25). For the Orthodox Christian this passage should not be understood to imply that Christian marriage will not remain a reality in the Kingdom, but points to the fact that relations will not be "fleshy", but "spiritual". Love between wife and husband, as an icon of relationship between Christ and Church, is eternal.

The church does recognise that there are rare occasions when it is better that couples do separate, but there is no official recognition of civil divorces. For the Orthodox, to say that marriage is indissoluble means that it should not be broken, the violation of such a union, perceived as holy, being an offense resulting from either adultery or the prolonged absence of one of the partners. Thus, permitting remarriage is an act of compassion of the church towards sinful man. Ecclesiastically divorced Orthodox (not civilly divorced only) are usually allowed to remarry in the Orthodox Church, though there is usually imposed on them a fairly severe penance by their bishop and the services for a second marriage in this case are more penitential than joyful. Widows are permitted to remarry without repercussion and their second marriage is considered just as valid as the first. One exception to this rule is the clergy and their wives. Should a married priest die, it is normal that his wife will retire to a monastery once their children are out of the house. Widowed priests are not allowed to remarry (no priest may be married after his ordination) and also frequently end up in monasteries.

In the Greek tradition, bishops who occupy an ancient see are called metropolitans, while the lead bishop in Greece is the archbishop. (In the Russian tradition, however, the usage of the terms "metropolitan" and "archbishop" is reversed.) Priests can be archpriests, archimandrites or protopresbyters. Deacons can also be archdeacons or protodeacons. The position of deacon is often occupied for life. The deacon also acts as an assistant to a bishop.

With the exception of bishops, who remain celibate, the Orthodox Church has always allowed priests and deacons to be married, provided the marriage takes place before ordination. In general it is considered preferable for parish priests to be married as they often act as counsel to married couples and thus can draw on their own experience. Unmarried priests usually are monks and live in monasteries, though there are occasions when, because of a lack of married priests, a monk-priest is temporarily assigned to a parish.

Widowed priests and deacons may not remarry and it is common for such members of the clergy to retire to a monastery. This is also true of widowed wives of clergy, who do not remarry and become nuns when their children are grown. Only men are allowed to take holy orders, although deaconesses had both liturgical and pastoral functions within the church. However, it has fallen out of practice (the last deaconess was ordained in the 19th century).

Anointing with oil, often called "unction", is one of the mysteries administered by the Orthodox Church and it is not reserved only for the dying or terminally ill, but for all in need of spiritual or bodily healing. In Greece, during the Ottoman occupation, it became the custom to administer this Mystery annually on Great Wednesday to all believers; in recent decades, this custom has spread to many other locations. It is often distributed on major feast days, or any time the clergy feel it necessary for the spiritual welfare of its congregation.