Jainism, is an Indian religion that prescribes a path of non-violence towards all living beings. Its philosophy and practice emphasize the necessity of self-effort to move the soul toward divine consciousness and liberation. Any soul that has conquered its own inner enemies and achieved the state of supreme being is called a jina ("conqueror" or "victor"). The ultimate status of these perfect souls is called siddha. Ancient texts also refer to Jainism as shramana dharma (self-reliant) or the "path of the nirganthas" (those without attachments or aversions).

Jain doctrine teaches that Jainism has always existed and will always exist, although historians date the foundation of the organized or present form of Jainism to sometime between the 9th and the 6th century BCE. Like most ancient Indian religions, Jainism may have its roots in the Indus Valley Civilization, reflecting native spirituality prior to the Indo-Aryan migration into India. Other scholars suggested the shramana traditions were separate and contemporaneous with Indo-Aryan religious practices of the historical Vedic religion.

Jainism has between four and five million followers, with most Jains residing in India. Outside India, some of the largest Jain communities are present in Canada, Europe, Kenya, the United Kingdom, Hong Kong, Suriname, Fiji, and the United States. Major Jain festivals include Paryushana and Daslakshana, Mahavir Jayanti, and Diwali.

According to the National Family and Health Survey (NFHS-4) conducted in 2015-16, Jains form the wealthiest community in India. Jains have the highest literacy rate (87%) in India, in the 7-years to oldest age group, according to its 2011 census. The Jaina community also has the highest number of college graduates. Excluding the retired senior citizens, Jain literacy rate in India exceeded 97%. The female to male child sex ratio in the 0-6 year age was second lowest for Jains (870 girls per 1,000 boys), higher than Sikhs in India. Further, Jain males have the highest work participation rates, while Jain females have the lowest work participation rates in India. 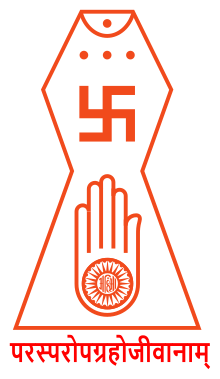 Many of the Jainism roots come from the Hindu religion, but there are also many differences.  In Jainism, everything is eternal. It is believed that everything that currently exists was neither created nor will ever be destroyed. It is also believed that the universe is made up of three sections or realms. These realms include: heavens, earths, and hells. There are multiple layers within each realm. In the realm of Heaven there are seven different levels. In the Earth realm there are seven regions which are each divided equally. Last but not least, there is the realm of Hell. There are eight levels of Hell, and the further down they go, the colder it gets.

The Jains believe in a “Perfect Universal Presence”, as well as many other deities whom live in the different realms of Heaven. In this realm there are higher and lower Gods, each with a specific purpose. The most important diety is Ambika, the Mother Goddess of Jainism. Humans are able to attain divinity as well throughout their lifetime.

Living beings, which are called Jivas, can be found in the earth realms. A Jiva is basically a soul that is attached to the body. There are two categories of Jivas: liberated and non-liberated. The liberated Jivas are the Jivas that have no Karma and are now free from the cycle of rebirth.  Therefore they are not found in the earth realm. The non-liberated Jivas are the Jivas that still have Karma and are still going through the cycle of rebirth. There are two types of Jivas: Immobile and single sensed, and mobile and multi sensed.

The immobile singled sensed Jivas are made up of five types. These are the Jivas whom have soul in their bodies but do not try to remove their misery or derive happiness. They are:

The Mobile multi sensed Jivas are broken down by birth and divisions. These Jivas move according to their will, cry, experience fear, and have other senses.

The human form is the only form that can achieve liberation. The purpose is to attain Moksa, which means to break away from the cycle of rebirth.  There are five levels of human development. They are:

There are a few very important practices. Jain monks and nuns practice strict asceticism and strive to make their current birth their last, thus ending their cycle of transmigration. They practice the Five Great Vows. These vows are: non-violence, truth, no stealing, celibacy, and non possessiveness. Being disciplined is not only for the monks and nuns, but for all Jain followers.

The Jain followers have the option to worship in public at stone temples or in the comfort of their own home. Some of the rituals include chanting mantras, meditating, and looking at images of the Gods. During the times of worship it is important to focus and try to attain a peaceful state of mind.